December 18, 2019
The term “CRIMINAL LAW” refers to the actual laws, statutes, and rules that define acts and conduct as crimes, and establishes punishments for each type of crime. Criminal acts are generally those seen by the government to threaten public welfare or safety, the severity of which categorizes various crimes as either misdemeanor or felony. To explore this concept, consider the following criminal law definition. 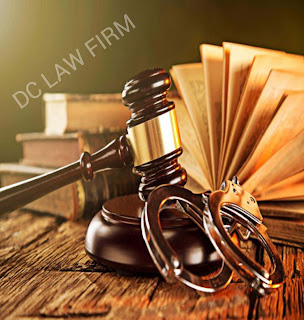 A crime is defined as any act or omission that violates a law. While most criminal acts in the U.S. are defined in written statutes, which vary significantly from state to state, some common law crimes do exist. No act may be considered or prosecuted as a crime if it has not already been established as a crime by statute, or by common law.
While common law is sometimes used in reference to laws and ideals brought forward through time, often from colonial England, it more currently refers to the edicts and decisions made by judges in court proceedings, which set a standard by which to judge future similar cases.

The world is filled with people committing acts considered criminal offenses. From writing checks on a closed bank account, to murder and mayhem, the variety of ways people seek to thwart the law and cause harm to others is astounding. Throughout the years, many criminal law cases have been so astonishing as to make headlines.

We also deal in criminal case related to Custom, Central Excise Prosecutions, Prevention of Corruption act, white collared economic offences including the offences against the state as defined in the Indian Penal Code. Negotiable Instrument act, private complaints like domestic violence, women harassment, defamation cases are also dealt with by us and appeal before the appellate courts.