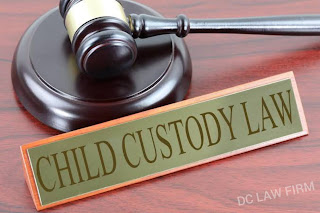 If a marriage breaks down and ends up in separation of a couple, the person(s) who suffers the most is the child or children born out of the marriage. The Indian Law, while keeping in mind the parents’ right to the custody of a child, holds the welfare of the child as the most important factor of consideration when deciding upon who gets the custody of a minor child. What Are The Factors That Constitute “Welfare” Of A Child Welfare of the child, broadly, includes the following factors: Safe-keeping of the child Ethical upbringing of the child Good education to be imparted Economic well-being of the guardian
Where Does A Minor Child Go After A Divorce? The mother and father both have an equal right to the custody of a child. Who gets the custody of the child, however is a question which the court decides upon. While the statutes are conflicting when it comes to personal laws as opposed to secular enactment in the form of The Guardian and Wards Act, 1890, the court of competent jurisdiction strives to strike a balance between the two, all the while holding the welfare of the child as the paramount importance. However, just because the custody of a minor has been awarded to one parent, it does not mean that the other parent cannot see or be in contact with the child. The courts in India are very strict to ensure that a child gets the affection of both the parents. The other parent gets visitation rights, the conditions of which are determined by the court.

Primarily, a court of competent jurisdiction in India orders the custody of a child in the following three forms:

Physical custody when awarded to a parent, implies that the minor will be under the guardianship of that parent with visitation and periodical interaction with the other parent. The aim behind such a custody award is that the child lives in a safe and fulfilling environment but is also not deprived of the affection of the other parent during his formative years.

Joint custody of a child does not mean that the parents will both live together because of the child even though that what Indian courts believe is best for the welfare if a minor. It simply means that both the parents will take turns keeping the child in their custody. The rotation of a child between the parents’ custody may vary from certain days or a week or even to a month. This not only benefits the child as the affection of both the parents is not lost and the parents also get to be a part of their child’s life in those young years.

How Does One Know That What Type Of Custody Has Been Granted?

Who Can Claim Custody Of A Child?

The custody of a child can be primarily claimed by either the mother or the father. In case either of the two are deceased or not in the picture because of operation of any other law, the maternal and paternal grandparents, any other relative(s) of either of the parents strictly out of compassion towards the child can seek custody of the child. The Court can also appoint a third person to be the guardian of the child.

Who Has The Priority Claim To The Custody Of A Child?

The Hon’ble Supreme Court and other courts in India have reiterated time and again that in the proceedings for custody of a minor, the welfare of the minor is the only consideration, irrespective of the claims of the parties to the custody.
Who Will Get The Custody Of A Minor If The Mother Is In A Weaker Financial Condition As Compared To The Father But The Father Has Remarried And Has Kids? The Mother of a minor cannot be discarded as the guardian just because she earns less than the father. The father has to provide for the child’s maintenance in such a case as it is a well-established principle of law that a step-mother has primary obligation of affection towards her own children and the father would be at work all day, and hence, the mother would be the better guardian for the welfare of the minor child. What If The Child Is not A Citizen Of India, But Has Been Brought To India By Either Parent Who Is A Citizen Of India? While dealing with a case of custody of a child removed by a parent from another country to India in contravention of the orders of the court where the parties had set up their matrimonial home, the Hon'ble Supreme Court has held that a child can seek refuge under the parens patriae jurisdiction of the Courts in India. Further, the Apex Court has noted that India is not yet a signatory to the Hague Convention of 1980 on “Civil Aspects of International Child Abduction”, and Courts in India must consider the question on merits bearing the welfare of the child as of paramount importance. Conclusion The consideration of paramount importance in a proceeding for the custody of a minor is the welfare of the child. No legal right, preferential right or any other right holds more importance than the well-being of the child. Any court of law grants custody to that party who can assure the court that the welfare of the child best lies with them.
SERVICES